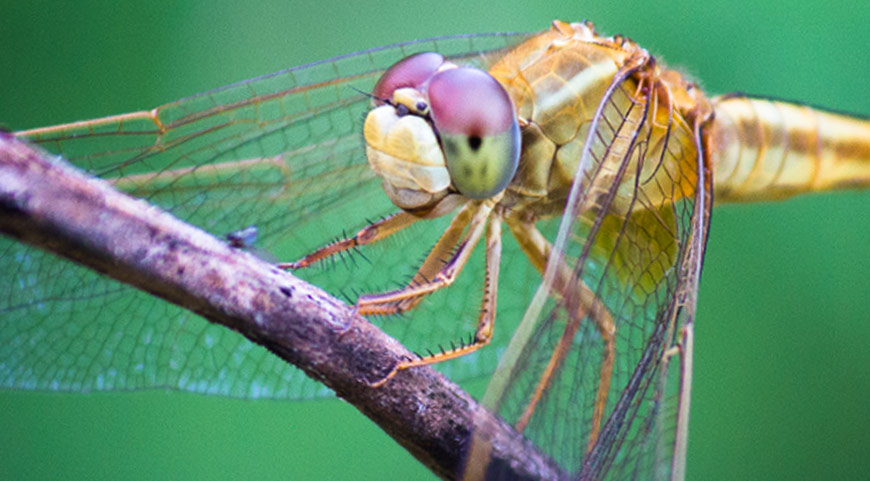 Posted Dec 7, 2017 | For Your Entertainment
Eyes are said to be the window to the soul—they open up the world to us, help us see, and help us connect with others.
But even more cool than human eyes are the eyes of our friends in the animal kingdom. While animals aren’t able to sit down and have a chat with you, they have highly specialized eyes to help them navigate the world most effectively.
Take Llamas, for example. Did you know their eyes adjust to different elevations?  Think sand mounds and desert peaks. And a dragonfly’s eyes have thousands of tiny hexagonal eyes, giving them nearly 360-degree vision (compared to humans 180-degree view).
Animals are constantly working with the elements of their environment to survive, so it’s no wonder their “seeing skills” are so unique! Here are a few more fun facts about our furry, slippery, scaly friends:
Did  you know?
• The shark cornea has been used in human eye surgeries because of its similarity to the human cornea.
• Guinea pigs are born with their eyes open!
• Polar bears have a third eye that helps filter out UV light—extra important because of snow glare.
• Cats eyes have almost 285 degrees of sight in 3 dimensions—the ideal peripheral vision for hunting.
• Geckos can see colors almost 350x better than humans, even in the moonlight.
• Pigeons see millions of different hues and have better color vision than most animals on earth.
• Camels have three eyelids, but because they’re as thin as paper, they can still see even with all three eyelids closed.
• Worms have no eyes at all!
• Snakes have two sets of eyes. One set used to see and the other to detect heat and movement.
So how might it look to see through the eyes of a snake or a pigeon versus the way we see?
To start, humans have nerve cells at the back of our eyes, called cones. The cones detect color—red, blue, and green. So, for example, light bouncing off a purple sweater stimulates both the red and blue cones. This overlap, together with rods, which perceive black and white, allows us to see millions of colors.
Some animals may possess different color cones, or less cones than humans, but animals can detect ultraviolet wavelengths (wavelengths shorter than visible light) and some of them are even able to detect infrared wavelengths (wavelengths longer than visible light). What does this all mean? Simply that animals can often see colors, hues, and tones of color that humans cannot.
With all these interesting and amazing facts, we’d be willing to argue that animals can see the world much better and clearer than humans. Maybe it’s time to re-evaluate your  spirit animal!
If you think your eye sight could use some improvement (within human capabilities), it might be time to set up an eye exam with the VSP doctor network.
Sources: