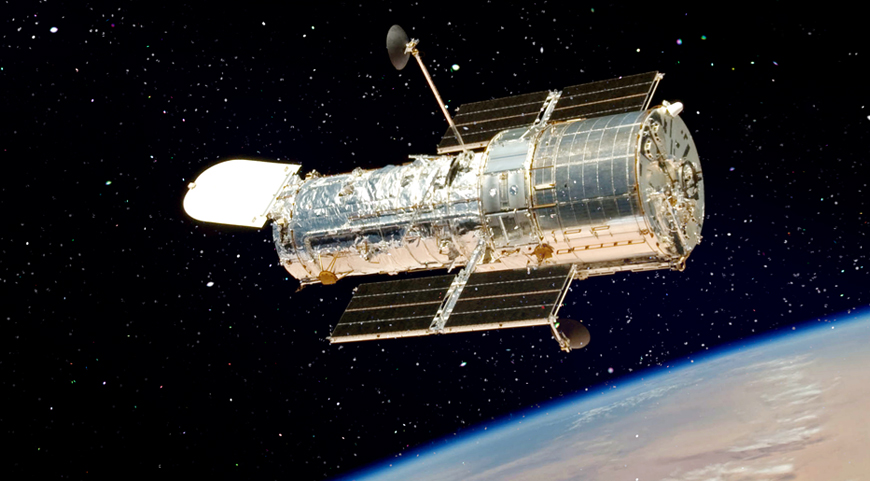 Optometrists can correct most vision problems with an eye exam and a prescription pad, but what happens when the blurry-eyed patient is racing around the planet at 5 miles per second?

This is the problem NASA engineers were faced with in 1990 when it became painfully obvious that the newly launched Hubble Space Telescope wasn’t seeing clearly. The culprit was a slightly misshapen mirror, and it was threatening to derail the entire mission.

Telescopes and eyes have a lot in common. In people, the lens brings light to a focal point on the retina. If that point doesn’t fall precisely on the surface, people experience vision problems.

The Hubble Space Telescope relies on mirrors to collect and focus light, and a seemingly minor manufacturing defect was enough to throw its vision out of whack. For a time, there was the real possibility that this scientific tool would turn into an enduring embarrassment for the space program.

Luckily, NASA happens to be full of smart people who are passionate about solving complicated problems. Once the issue was identified (it’s called spherical aberration), they set about looking for a fix. Eye doctors would use glasses, contacts, or laser surgery to correct a person’s vision, but these simply weren’t an option for a bus-sized space telescope.

The two-part solution involved installing new instruments to compensate for the spherical aberration. These scientific tools would bring light into focus at the appropriate spot so the telescope could do its groundbreaking work.

The Wide Field and Planetary Camera 2 was originally intended as a backup imaging instrument, but making slight adjustments to its mirrors could clear up the distortion in visible light (important for the photographs that have since wowed millions of people).

The second instrument had to be created from scratch. Known as the Corrective Optics Space Telescope Axial Replacement (COSTAR), it used multiple mirrors to refocus light onto a different collection of instruments.

When ophthalmologists prepare for surgery, the patient has the courtesy to come into the operating room. Unfortunately, astronauts would have to travel several hundred miles into space in order to treat the telescope.

That job fell to the crew of the space shuttle Endeavour. In the early hours of December 2, 1993, the shuttle climbed toward its appointment with the Hubble Space Telescope.

It took five spacewalks to help the patient, with two teams of astronauts spending a combined 35 hours, 28 minutes outside the shuttle (and you thought getting your eyes dilated was a pain). The mission was an unqualified success, and the telescope soon began sending back captivating images of the cosmos.

Compensating for imperfections in human eyes involves many of the same optical principles that fixed the Hubble Space Telescope. Luckily, eye exams and corrective lenses are much easier to come by on earth.

It cost NASA tens of millions of dollars to correct the telescope’s vision. You can visit an eye doctor and buy new glasses or contacts for considerably less. The next time you find yourself squinting in order to read something, remember the drama surrounding the Hubble Space Telescope, and be thankful help is close to home.