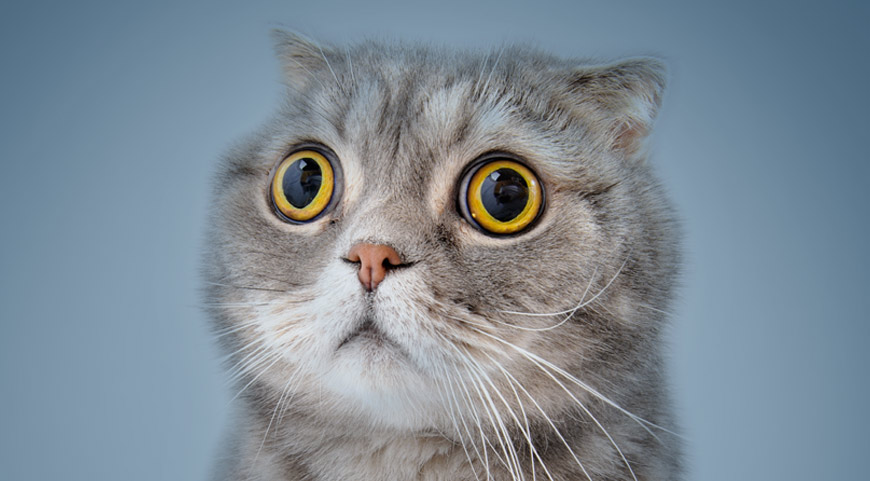 Ever wondered how optical illusions work?  The information collected by our eyes doesn’t always process correctly in the brain.  At times, this can result in a perception that doesn’t match what we’re truly seeing.  Here are four of the most common illusions explained:

The Hermann Grid is made up of black boxes with crisscrossing white lines.  Grey spots appear at the intersections of white lines but disappear when viewed directly. This illusion is caused by the retina’s light receptors collecting light and dark values simultaneously.  While viewing high contrast images, some of the light information can “leak,” resulting in a halo effect.

The Jastrow Illusion occurs when two arches are stacked one on top of the other.  Despite being the same size, one arch is perceived as being significantly smaller than the other. There are several explanations for this illusion but none of them are accepted as conclusive.  The most common is that the brain misinterprets the size difference between the large and small sides.  So, the long side appears longer when visually compared to the short side and vice versa. 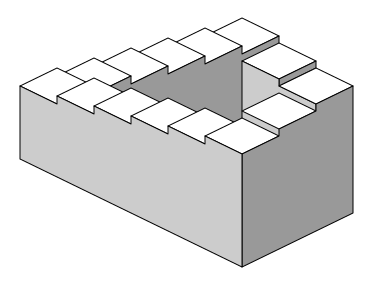 If you’re a fan of M.C. Escher’s artwork, you’ll know the Penrose Stairs, also known as the impossible staircase.  It is a two-dimensional staircase, which is comprised of four 90-degree turns, forming a continuous loop.  The staircase could then be ascended or descended forever without ever reaching the end.  This illusion is caused by perspective distortion. The brain focuses on separate sections of the image and perceives that the stairs are joined together, despite the fact that it would be impossible in a 3D object.

The leaning tower illusion occurs when viewing two identical photographs of the Leaning Tower of Pisa side-by-side.  Even though the photos are the same, the viewer perceives the one on the right to have a greater tilt. This illusion is caused by our brain composing a 3D image from a 2D photograph. Normally it unconsciously corrects for perspective but in this example, since they do not appear to converge in the distance, the brain mistakenly views them as diverging or spreading apart.

Not all the tricks your eyes play on you are caused by optical illusions - you may need vision correction. That’s why it’s important to schedule an annual comprehensive eye exam with an optometrist or ophthalmologist. Need a doctor? It’s easy when you use the Eyeconic find an eye doctor tool.